Tony Pneus Srl is named after its founder, Tony Collavini, who spent many years working for a truck and earthmover tyre retreading plant in Switzerland.
During this period he was also involved in sales and later continued working in France where along with two partners he established a tyre wholesale company, covering all types and sizes of tyres. The company expanded rapidly and soon became well known in many foreign countries.

In 1995, having gained much experience after working 17 years in the tyre business, Tony decided to return to Friuli, the region of Italy where he was born, and established Tony Pneus Srl, of which he is still director. The company's head office and tyre service centre is in Via Linussio 39, RIVIGNANO 33050 (UD), while wholesale operations are conducted from the tyre depot located in Via Lignano 21/A, RONCHIS 33050 (UD). The company operates in the whole of Italy and most of Europe, as well as many overseas markets, buying and selling new tyres, retread tyres, used tyres and casing tyres for: 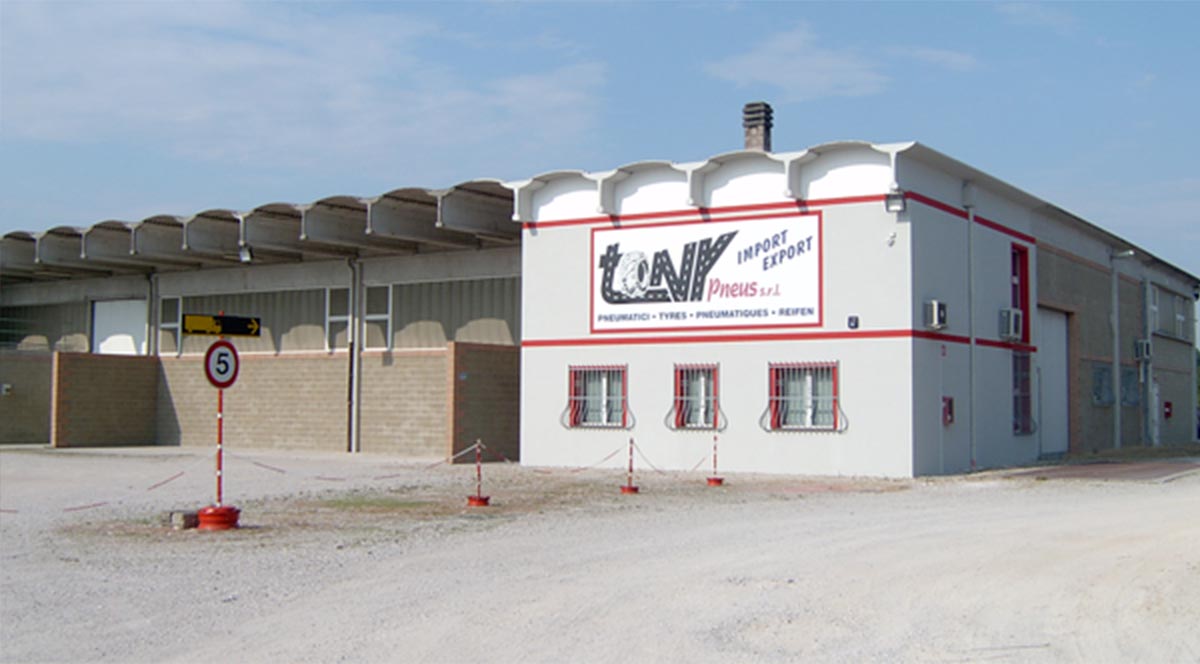 Tony Pneus Srl employs expert personnel that can be relied upon to help meet your needs. With its long field experience its mission is to be a dependable business partner that clients and suppliers can trust and rely upon.

Many years of constant hard work have allowed the company to expand and improve, achieving many objectives, including sole distributorship for Hanksugi Japan ® products in Italy since 2008.